this is a page for

Sorry for the delay in posts last week..I changed my blog host site and it took me a few days to get everything switched over. I am hoping this new format will make it easier for me to bring you all the latest and greatest in Family, Fashion & Fun!!!!

This week’s Book Club choice is A Lady In Waiting: My Extraordinary Life Behind the Crown by Anne Glenconner. A friend from San Francisco was reading it over the holidays and I was instantly intrigued. Here is the story:

An extraordinary memoir of drama, tragedy, and royal secrets by Anne Glenconner–a close member of the royal circle and lady-in-waiting to Princess Margaret. As seen on Netflix’s The Crown.Anne Glenconner has been at the center of the royal circle from childhood, when she met and befriended the future Queen Elizabeth II and her sister, the Princess Margaret. Though the firstborn child of the 5th Earl of Leicester, who controlled one of the largest estates in England, as a daughter she was deemed “the greatest disappointment” and unable to inherit. Since then she has needed all her resilience to survive court life with her sense of humor intact. A unique witness to landmark moments in royal history, Maid of Honor at Queen Elizabeth’s coronation, and a lady in waiting to Princess Margaret until her death in 2002, Anne’s life has encompassed extraordinary drama and tragedy. In Lady in Waiting, she will share many intimate royal stories from her time as Princess Margaret’s closest confidante as well as her own battle for survival: her broken-off first engagement on the basis of her “mad blood”; her 54-year marriage to the volatile, unfaithful Colin Tennant, Lord Glenconner, who left his fortune to a former servant; the death in adulthood of two of her sons; a third son she nursed back from a six-month coma following a horrific motorcycle accident. Through it all, Anne has carried on, traveling the world with the royal family, including visiting the White House, and developing the Caribbean island of Mustique as a safe harbor for the rich and famous-hosting Mick Jagger, David Bowie, Raquel Welch, and many other politicians, aristocrats, and celebrities.

With unprecedented insight into the royal family, Lady in Waiting is a witty, candid, dramatic, at times heart-breaking personal story capturing life in a golden cage for a woman with no inheritance. – amazon.com

For more information or to purchase this book, click the image below!!!

The week’s book club choice, The Family Upstairs by Lisa Jewell is a Good Morning America Cover to Cover Book Club pick…I promise you, you will stay up wayyyyy too late reading this book…here is the story…..

Be careful who you let in.

Soon after her twenty-fifth birthday, Libby Jones returns home from work to find the letter she’s been waiting for her entire life. She rips it open with one driving thought: I am finally going to know who I am.

She soon learns not only the identity of her birth parents, but also that she is the sole inheritor of their abandoned mansion on the banks of the Thames in London’s fashionable Chelsea neighborhood, worth millions. Everything in Libby’s life is about to change. But what she can’t possibly know is that others have been waiting for this day as well—and she is on a collision course to meet them.

Twenty-five years ago, police were called to 16 Cheyne Walk with reports of a baby crying. When they arrived, they found a healthy ten-month-old happily cooing in her crib in the bedroom. Downstairs in the kitchen lay three dead bodies, all dressed in black, next to a hastily scrawled note. And the four other children reported to live at Cheyne Walk were gone.

In The Family Upstairs, the master of “bone-chilling suspense” (People) brings us the can’t-look-away story of three entangled families living in a house with the darkest of secrets.


For more information or to purchase this book click Here

I am on a roll with Reece Witherspoon book club picks!!!  This week’s book is Conviction by Denise Mina.  It was am immediate New York Times bestseller…here is the story:

The day Anna McDonald’s quiet, respectable life exploded started off like all the days before: Packing up the kids for school, making breakfast, listening to yet another true crime podcast. Then her husband comes downstairs with an announcement, and Anna is suddenly, shockingly alone.

Reeling, desperate for distraction, Anna returns to the podcast. Other people’s problems are much better than one’s own — a sunken yacht, a murdered family, a hint of international conspiracy. But this case actually is Anna’s problem. She knows one of the victims from an earlier life, a life she’s taken great pains to leave behind. And she is convinced that she knows what really happened.

Then an unexpected visitor arrives on her front stoop, a meddling neighbor intervenes, and life as Anna knows it is well and truly over. The devils of her past are awakened — and in hot pursuit. Convinced she has no other options, she goes on the run, and in pursuit of the truth, with a washed-up musician at her side and the podcast as her guide. – Amazon.com

For more information or to order this book, CLICK HERE 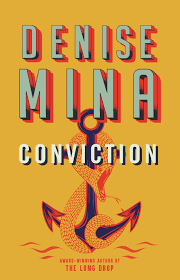 HI..I am starting off the new year with a Reece Witherspoon book club choice, Such a Fun Age by Kiley Reid.  I saw this book on instagram and was sooo hooked by the description and so far I have always LOVED Reece’s picks!!  I cannot wait to start it…Here is the story:

A striking and surprising debut novel from an exhilarating new voice, Such a Fun Age is a page-turning and big-hearted story about race and privilege, set around a young black babysitter, her well-intentioned employer, and a surprising connection that threatens to undo them both.Alix Chamberlain is a woman who gets what she wants and has made a living, with her confidence-driven brand, showing other women how to do the same. So she is shocked when her babysitter, Emira Tucker, is confronted while watching the Chamberlains’ toddler one night, walking the aisles of their local high-end supermarket. The store’s security guard, seeing a young black woman out late with a white child, accuses Emira of kidnapping two-year-old Briar. A small crowd gathers, a bystander films everything, and Emira is furious and humiliated. Alix resolves to make things right.But Emira herself is aimless, broke, and wary of Alix’s desire to help. At twenty-five, she is about to lose her health insurance and has no idea what to do with her life. When the video of Emira unearths someone from Alix’s past, both women find themselves on a crash course that will upend everything they think they know about themselves, and each other.With empathy and piercing social commentary, Such a Fun Age explores the stickiness of transactional relationships, what it means to make someone “family,” and the complicated reality of being a grown up. It is a searing debut for our times. – Amazon.com


For more information or to purchase this book, click HERE. 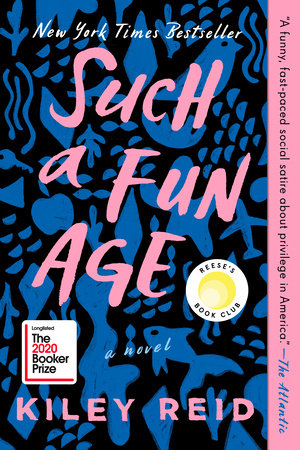 
Disclosure:  Some of the links above are affiliate links, meaning that I get a small commission, at no additional cost to you, if you click through and purchase the item.

Instagram
Subscribe
Sponsors
Shop With Me At Amazon
Recent Posts
Archives
What I Am Listening To Now…..